Vinho do Porto, also known as port wine or simply port, is a Portuguese fortified wine produced in the Douro Valley of northern Portugal. Most port wines are sweet red wines, but dry and semi-dry versions also exist, as well as white varieties. Sweet port wine is typically served as a dessert wine.

Producers of port wine are commonly referred to as shippers. 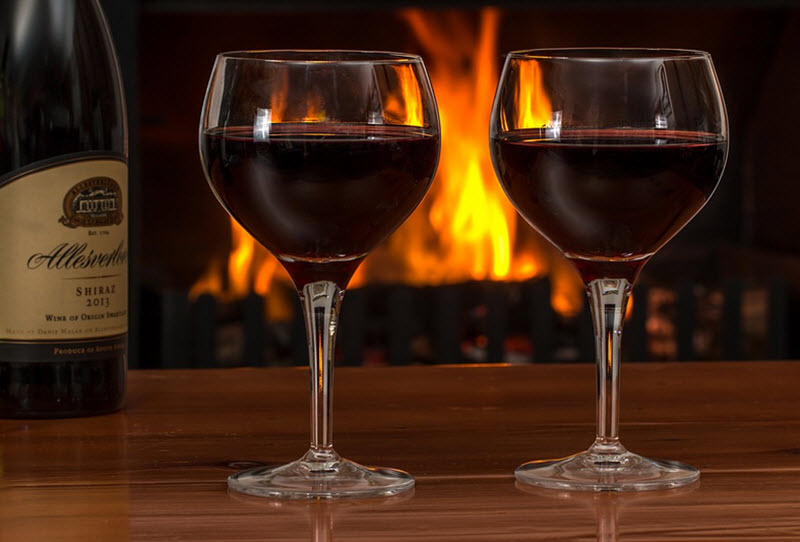 In 1678, two English wine merchant representatives in Viana do Castelo went on vacation in the Douro valley, where they were served a “very agreeable, sweetish and extremely smooth” wine by the Abbot of Lamego. This wine, which had been fortified with distilled spirit, greatly pleased the two foreigners and they promptly purchased the Abbot’s entire lot and sent it to England.

Fortifying wine with spirits was not something novel in these days; it was for instance a well-established practise on Madeira where the famous Madeira wines were created. What was a bit unusual with this Douro Valley wine however, was that spirits had been added to the wine during the fermentation process. At the time, the internationally established practise for making fortified wine was to add spirits after the wine had already finished fermenting. Adding spirits during fermentation caused the active yeast cells to die, and this left the wine with high levels of residual sugar. The result was a very strong, alcoholic wine with a distinct sweetness – and this turned out to big a big hit with wine drinkers on the British Isles.

In 1679, the English Parliament banned all imports of French wine since they were hostile towards king Charles II and he made money directly from the import tariffs for French wine. This law boosted the import of wine from Portugal, which went from 427 tuns in 1678 to over 14,000 tuns in 1685. (Although, some of these tuns might have been French wines in disguise.)

In 1703, England inked a treaty with Portugal stipulating that English textiles could be imported to Portugal duty free and that England could not charge a higher import duty for Portuguese wines than for French wines. This naturally made it even more alluring to import wine from Portugal to England, and the “very agreeable, sweetish and extremely smooth” type fortified with distilled spirit was especially popular among the English.

At this point in history, a majority of the merchants exporting wine from Portugal were English, Scottish or Irish, but native Portuguese exporters also existed, as well as quite a few of German or Dutch origin. The dominance of the British Isles can still be seen when we take a look at prominent port Shippers and brands; the list includes plenty of Anglo-sounding names such as Taylor, Croft, Cockburn, Broadbent, and Gould Campbell.

One of the earliest protected geographical indications for wine

In 1756, Companhia Geral da Agricultura das Vinhas do Alto Douro (C.G.A.V.A.D) was formed to guarantee the quality of the wine produced in the Upper Douro region and regulate which port wine that could be exported and which would be for domestic consumption. C.G.A.V.A.D also managed the protected geographical indication, which makes the Upper Douro one of the oldest protected geographical indications for wine in Europe; only Chianti in Tuscany (protected since 1716) and Tokaj-Hegyalja in Hungary (protected since 1730) are older.

About Vinho do Porto