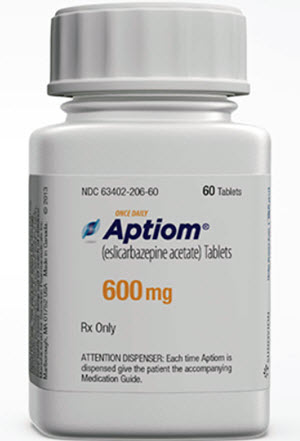 Eslicarbazepine acetate (ESL) is an anticonvulsant medication developed by the Portugese pharmaceutical company Bial to treat partial-onset seizures epilepsy. It is currently approved for adults only, but studies for the use of ESL as an anticonvulsant for children are under way.

Founded in 1924, Bial is today one of the largest companies of its kind in Portugal. It is headquartered in Sao Memede do Coronado in Trofa.

ESL is similar to oxacarbazepine and their mechanisms of action are identical.

As the name suggests, esclicarabazenpine acetate is an ester of eslicarbazepine (which is the active metabolite) and acetic acid. 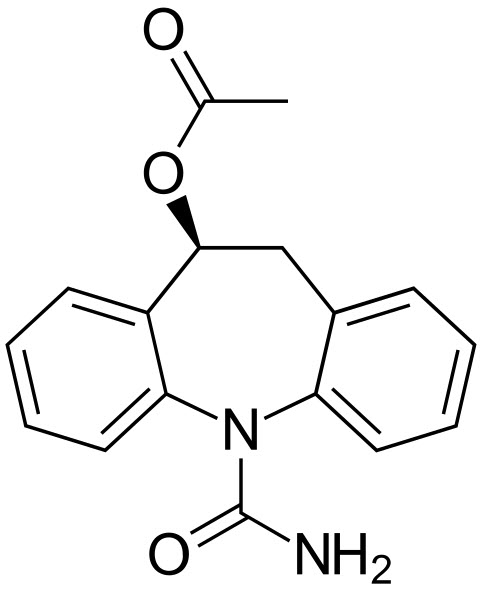 How does this drug work?

The active component of the drug is eslicarbazepine, which stabilises the inactive state of voltage-gated sodium channels. This allows for less sodium to get into neural cells, which in turn makes them less excitable.

When ESL is taken orally, the eslicarbazepine acetate is absorbed to at least 90% from the gut. The absorbtion is not impacted by normal food intake.

The ESL is rapidly metabolised to eslicarbazepine. Peak plasma levels of eslicarbazepine are typically reached after two to three hours. The biological half-life is 10-20 hours.

The drug is excreted mainly through the urine, chiefly as eslicarbazepine (approximately two-thirds) and eslicarbazepine glucuronide. Some other metabolites are also formed, but they only account for a few percent of the excreted drug.

An individual with a certain genetic variation concerning human leukocyte antigens (HLAs) will be at greater risk of developing skin reactions when using carbamazepine or drugs with related chemical structures. Theoretically, this may include the ESL drug, but this has not been proven or disproven in clinical studies.

The genetic variation has been traced to the HLA A*3101 allele, which occurs in 2% to 5% of Europeans and 10% of Japanese people, and the HLA-B*1502 allele, which is mainly found in people of Asian descent.