The pyreliophorus is a device similar to a burning glass. It was invented by the Portuguese priest Manuel António Gomes (1868-1933), also known as Padre Himalaya, who wanted to create a device capable of melting many different materials using solar energy. He succeeded, since his pyreliophorus could make the temperature reach roughly 3500 degrees C, sufficient to melt many different metals and rocks.

The pyreliophorus recieved a lot of attention at the Louisiana Purchase Exposition (the St. Louis World’s Fair) of 1904, where it was awarded with two gold medals and one silver medal. 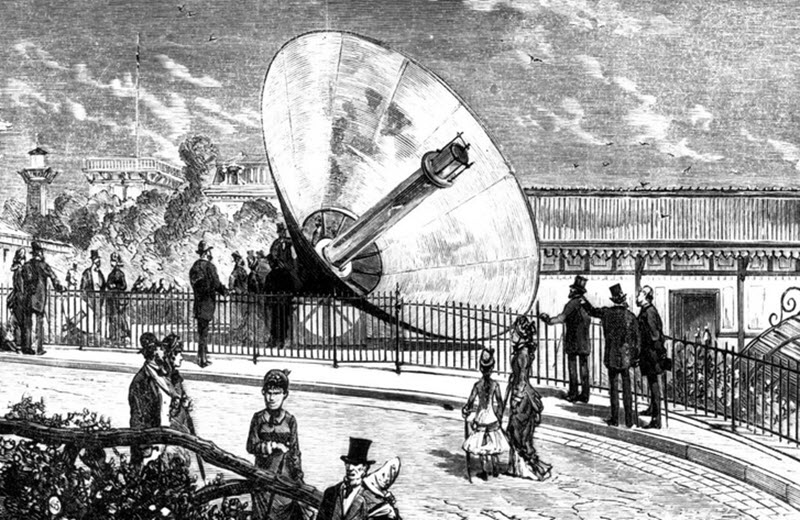 A pyreliophorus contains several reflecting mirros which are used to concentrate the sunlight to one single point.

Unlike a traditional burning glass, the pyreliophorus have a concentric parabolic array of mirrors instead of a lens. A clock system makes the mirror array rotate along the sun alignment.

Gomes patented his invention in several jurisdictions, including Great Britian and the USA.

Manuel António Gomes was born on the 9th of December, 1868, in Santiago de Cendufe, along the northern frontier of Portugal and Galicia (Spain).

Gomes was a Catholic priest, and since he was also a very tall person, he got the nickname Padre Himalaya (Father Himalaya). He was very fond of this nickname and used it frequently.

Gomes was educated in France, where he studied under the famous chemist Pierre Bertheot and learned about how solar radiation could be concentrated. In addition to being a priest, Gomes was a physicist and inventor, and he became a trailblazer in the field of solar energy and other forms of renewable energy in Portugal. Gomes also had a strong interest in fitotherapy, hydrotherapy and other forms o f naturopathy.

While living in the USA and Argentina in 1927-1932, Gomes wrote a book about cosmology and his inventions.

Gomes died in Viana do Castelo in northern Portugal on the 21st of December, 1933.