The largest casino in Europe is Casino Estoril in Cascais, Portugal. The casino is 100 years old. Construction started in 1916. The casino offers a wide selection of casino games and is well worth a visit. I recommend that you learn how to play different casino games in an online casino before you visit Casino Estoril. Otherwise, you might end up annoying other more experienced players at the tables. There are a number of online casinos that allow you to play casino games for free to learn how to play. One such casino is Bovada casino.
Browse: Home   /   Madeira wine

Madeira is a very robust wine, and it is known to keep well even after the bottle has been opened for the first time. 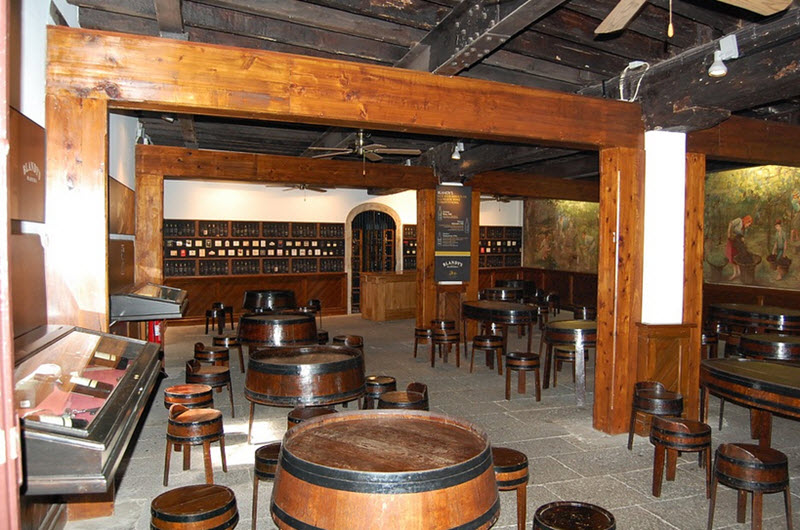 In the Age of Exploration, the Madeira Islands became an important port for ships from the European mainland that needed to stock up on supplies and make other last minitue preparations before embarking on their long and perilous journeys. Records show that there has been a well-established wine selling industry on Madeir since at least the early 1500s, supplying ships with wine.

To prevent the wine from spoiling during long trips, neutral destilled beverages were added to the wine, bringing up the alcohol content. During the subsequent journey, the wine would be exposed to a lot of heat inside the holds of the ship while also being moved around by the high sea. All these factors made the wine change into something quite different from the original wine.

According to one story, the wine merchants in Madeira didn’t know about this change until one shipment was returned to the island after a roundtrip and turned out to have a very different – and agreeable – taste. They then began marketing this typ of wine as vinho da roda, which means wines that have made a round trip. However, actually sending out the wine on a round-trip was of course very costly, so the Madeira wine merchants started experimenting with methods for achieving the same result on land. They created storage rooms known as estufas where the wine could be heated by the strong Madeira sun, and they eventually worked out how to treat the wine to make it age and change in the right way.

Once large-scale producting of cane sugar had been established, the spirit of choice for adding to the wine became cane sugar spirits. (The practise of adding brandy did not become widespread until the 1700s.)

Today, Madeira wine is made by placing wine in stainless stell vats and warming it up using the serpentine method, where warm water (45-50 degrees C) runs through a serpentine system for a minimum of three months. This heating process is called estufagem.

After the estufagem, its time for the wine to go through estágio, a resting period that’s at least three months long.

The wine will then be tested by a oenologist capable of finnishing the wine, making it ready to be placed in a bottle. Bottling the wine before the 31st of October of the second year following the harvest is not permitted.

In the European Union, only Madeira wine that comes from the Madeira Islands and fulfill certain other requirements may be marketed as Madeira or Madère. Outside the European Union, you might encounter other wines using these terms, such as the “Madeira” wine produced in California and Texas in the United States.