Three of the most notable Portuguese immigrants in the history of the ukulele are Manuel Nunes, Augusto Dias and José do Espírito Santo. They were cabinet makers by trade, but also made musical instruments – including the first ukuleles. Nunes, Dias and Espirito Santo arrived to Hawaii from Madeira onboard the SS Ravenscrag in late August 1879 and two weeks later the Hawaiian Gazette reported that “Madeira Islanders recently arrived here, have been delighting the people with nightly street concerts.”

In the Hawaiian language, the term ukulele roughly translates as “jumping flee”. 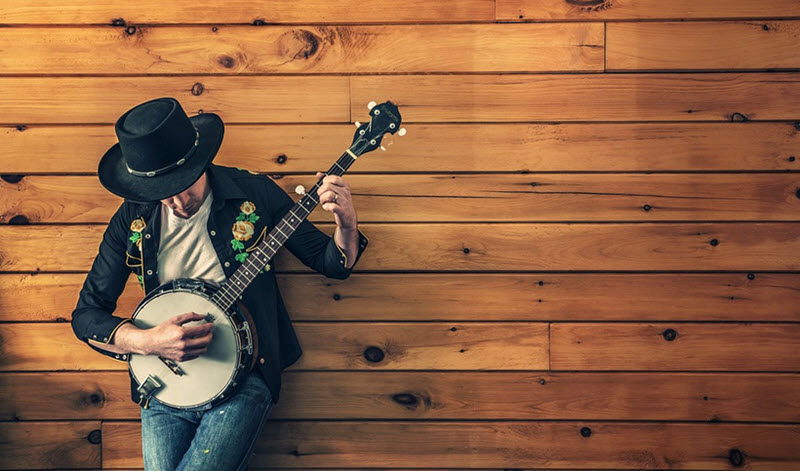 The four standard sizes for ukuleles are soprano, concert, tenor, and baritone.

A standard ukulele will look like a small acoustic guitar with its typical figure-eight body shape, but other shapes exist as well. There is for instance the oval-shaped “pineapple ukulele” from the Kamaka Ukulelel company. Wooden cigar boxes have been used to make square ukuleles, and Hawaii’s strong association with the sea have led to the creation of boat-paddle shaped ukuleles.

Most ukuleles are made from wood, but there are exception, such as plastic ukuleles.

Among the ukulelels made from wood, you can expect a low-price ukulele to be made from playwood or laminate woods, possibly with a soundboard made from spruce or another tonewood.

If we go up in price, we can find ukuleles made from solid wood. Traditionally, the preferred wood for ukuleles have been acacia koa, a species of tree endemic to the Hawaiian Islands. The acacia koa wood is reddish and similar in strenght and weight to that of black walnut. Being a tonewood, acacia koa is a popular choice for ukuleles, acoutic guitars and Weissenborn-style Hawaiian steel guitars.

The ukulele belongs to the lute family of musical instruments.

Originally, the strings were made from catgut. On modern ukuleles, nylon polymer strings dominate the market.

The cavaquinho is a small Portuguese string instrument with four strings. In Portuguese, the name means “little wood splinter”. Different versions of the cavaquinho exist, hailing from different parts of Portugal and being used for different styles of music.

The machete de braga is a steel-string version of the cavaquinho, originating in Madeira. It is believed to hail from braguinhas introduced to Madeira from Braga, a city in northern Portugal.