The nonius is a measuring tool used in navigation and astronomy. It was invented by Pedro Nunes (Latin: Petrus Nonius) and is named after him. Professor Nunes was a Portugese mathematician, navigator, cosmographer and author who lived between 1502 and 1578.

The nonius is a system for taking finer measurements on circular instruments, especially astrolabs. In numerically controlled machines, the nonius can be included in certain absolute encoders that measures linear or rotational displacements.

The famous astronomer Tycho Brahe applied it to the astronomic quadrant, but considered it a bit too complex.

The nonius inspired improved systems by Christopher Clavius and Jacob Curtius, and these were eventually improved even further by the French mathematician Pierre Vernier who, in 1631, reduced the nonius to the Vernier scale. The Vernier scale includes two scales: one fixed and one movable. Back in the 1600s, it wasn’t widely known as the Vernier scale; it was just seen as an improved nonius. In some languages, the Vernier scale is actually named after Nunes (e.g. nonieskala in Swedish). 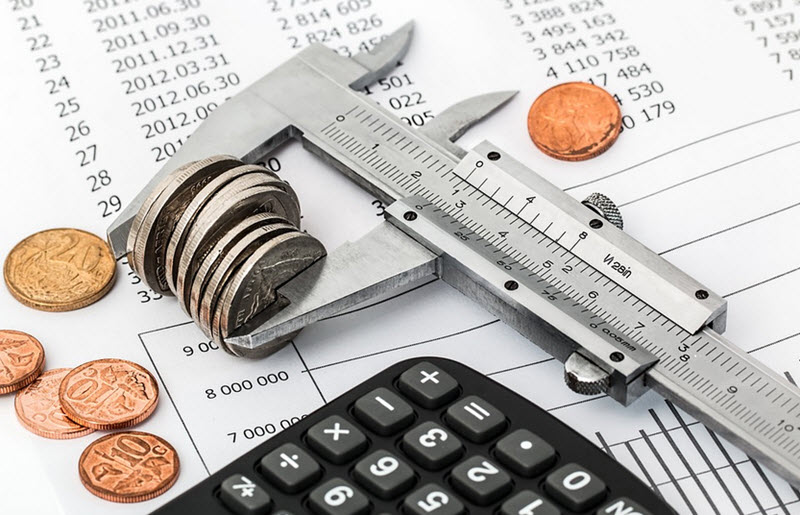 How the nonius works

The nonius consists of a number of concentric circle traced on the astrolabe, dividing each successive one with one fewer divisions than the closests outer circle. The outermost quadrant comprises 90 degrees in 90 equal divisions, the one right inside it comprises 89 divisions, and so on.

When you measure an angle, the circle and the division on which the alidade falls is noted, before you proceed to consult the table to obtain the exact measure.

Nunes created the Nonius in 1542 to improve the accuracy of another invention: the astrolabe. At the time, Nunes was working on several practical nautical problems concering course corrections and he was also attempting to find more accurate ways of determining a ships exact position at sea.

An astrolabe is a complex inclinometer used by astronomers and navigators day or night to measure the inclined position in the sky of a celestial body. With an astrolab, one can determine local latitude given local time and vice versa, and astrolabs have also been used extensively to identify stars and planets.

The first known usage of astrolabs are recorded from classical antiquity, and the astrolab continued to be an important tool throughout the Islamic Gold Age, the European Middle Ages, and the Renaissance.

Who was Pedro Nunes?

Pedro Nunes was one of the greatest mathematicians of his time and he became renowned for his cotributions to navigation and cartography – nautical sciences that he approached from a mathematical perspective.

Pedro Nunes was born in Portgular into a New Christian family of Sephardi Jew origin. On the Iberian peninsula and in its colonies, the designation New Chiristians (cristão-novo) was used for Muslims (“Moors”) and Sephardi Jews who had converted to the Catholic Church. These conversions were typically the result of force or coercion rather than genuin faith-based conversions to Christianity. Eventually, several of Pedro Nunes grandchildren would be imprisoned and spend years behind bars after being accused by the Portuguese Inquisition of secretly practicing Judaism.

Pedro Nunes was born in Alcácer do Sal on Portugal’s western coast. Little is known about his childhood.

We do know that he attended the University of Salamanca as a young man, probably in 1521 and 1522. He then moved on to the University of Lisbon where he obtained a degree in medicine in 1525. Back in those days, physicians in Portugal would be required to know quite a lot about astronomy and mathematics, since astrology was considered an important aspect of medicine.

Nunes continued his medical studies even after his degree, while also working as a teacher at the University of Lisbon, where he tought subjects such as philosophy, moral, logic and metaphysics. In 1529 he was appointed Royal Cosmographer, but he also kept teaching at the university. Two years later, King João III of Portugal put Nunes in charge of the education of the king’s younger brothers Luís and Henry. (Eventually, Nunes would also teach the king’s grandson, the future king Sebastião I.)

In 1537, King João III relocated the university from Lisbon to the premises of Coimbra Royal Palace. Nunes followed in suit since he had accepted a newly created math teaching position established to provide instruction in the technical requirements for navigation. At this point in history, sea trading was the primary source of Portuguese wealth. Nunes would keep this teaching position until 1562, even after being appointed Chief Royal Cosmographer in 1547.