The Mauser-Vergueiro is a bolt-action rifle designed in 1904 by José Alberto Verguerio, who at the time was an infantry officer in the Portuguese Army. He based his design on the Mauser 98 rifle, but introduced a new bolt system inspired by the one used by the Gewehr 1888 and Mannlicher-Schönauer. The Mauser-Vergueiro used a 6.5 x 58 mm cartridge developed especially for it.

The Mauser-Vergueiro was produced by the Deutsche Waffen and Munitionsfabriken (DWM). 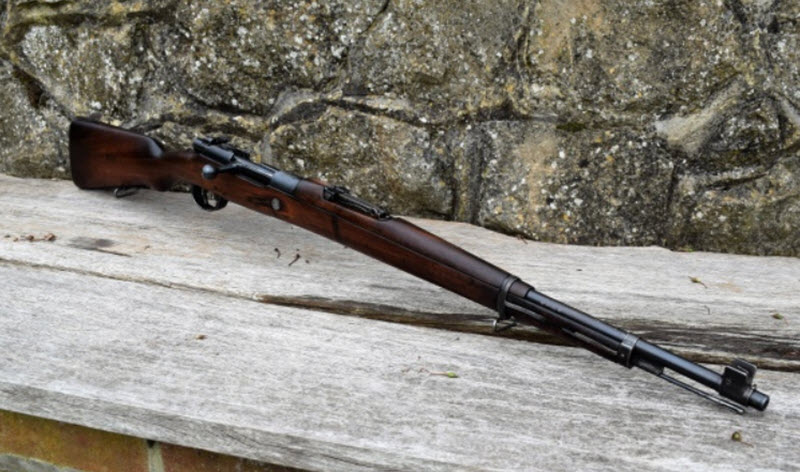 Even though the Portuguese Army stopped issuing the Mauser-Vergueiro as their standard rifle in 1939, it was kept in limited use by the nation’s army until the mid-1960s, especially in certain Overseas units.

Some surviging Mauser-Vergueiro rifles are still in use in conflicts in Africa, such as the Northern Mal conflict.

The Mauser-Vergueiro rifle was in service from 1904 to the start of the World War II. It saw combat in World War I and the Spanish Civil War, and it was actually used in World War II as well – but only in the Battle of Timor in Asia.

In World War I, the rifle was used in Portuguese and South African service, and the German colonial troops in East Africa used Mauser-Vergueiros that they had captured from the allied forces.

(For logistical reasons, Portugal’s Expeditionary Corps on the Western Front used British weapons instead of the standard Portuguese issues.)

After 1939, many of the remaining Mauser-Vergueiros were modified to chamber the standard 7.92×57 mm cartridge intended for the Mauser 98k m/937. These modified rifles were called Espingarda 8 mm m/1904-39 and remained in limited use by the Portuguese Army until the 1960s, chiefly in Overseas units.

5,000 Mauser-Vergueiro rifles were produced in 1906 for the Federal Police of Brazil, using leftover components from a Portugues order. These rifles where used by police in the cities São Paulo and Rio de Janeiro.

In 1915, South Africa purchased 25,000 Mauser-Vergueiros from Portugal, since the country didn’t have enough Lee-Enfield SMLE rifles for its troops.